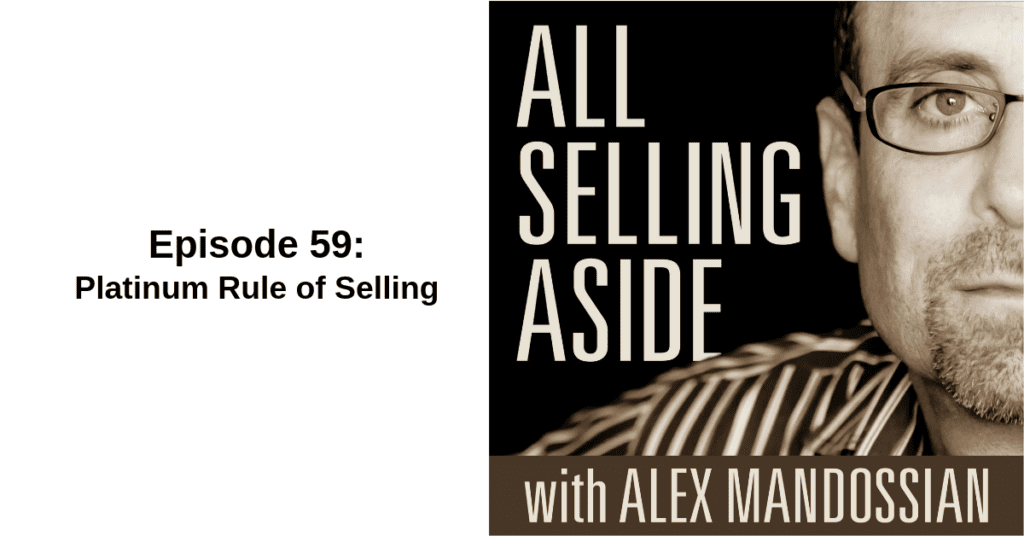 In December 2000, I was on a plane with my family about to fly from New York to San Francisco. I had a thriving business on the East Coast, but we had no family there, so we moved to the West Coast to live with my in-laws until we found our home.

Of course, after leaving my business behind, I had to figure out something new. This is when I decided to do teleseminars, set up a system, and in fact became the “Larry King of teleseminars.” The tragic events of 9/11 ended up having a profound impact on my business, and I was able to put the platinum rule into place: “do unto others as they would want done to them.”

If you’re ready to truly become a highly skilled ethical influencer, don’t miss this powerful episode! Understanding the roles of the golden rule and the platinum rule in business is one of the keys, and this episode will help you deeply grasp how they function and why the platinum rule is so important in your business.

In This Episode:
[03:43] – We learn about today’s three key insights, which focus on the golden rule, the platinum rule, and the four decision-making styles.
[05:25] – Alex shares a story about moving from New York to the San Francisco Bay Area.
[08:02] – We hear about some of the things that Alex has learned about teleseminars.
[09:39] – Alex talks about the impact that 9/11 had on his business, although he didn’t realize the connection until years later.
[11:26] – During the process he has been talking about, Alex did unto others as they wanted to be done unto.
[12:16] – We return to Alex’s story about the platinum rule, this time with an event from 2007.
[14:09] – Alex digs into what the platinum rule is, and how it’s different from the golden rule.
[16:14] – Using the Socratic method helps you generate more profits through the platinum rule, Alex explains.
[17:42] – Alex digs into the four personas that you’ll discover as you explore the platinum rule:

[21:54] – Alex explains that the sequence to the system is the solution, and talks about how he goes after different personas in order.
[23:14] – Why is the platinum rule more profitable than the golden rule when you’re selling?
[23:44] – This episode’s Alexism is this: “Wildly successful entrepreneurs don’t wait for their ship to come in. Instead, they swim out to it!”
[24:15] – Alex quickly reviews and recaps the points that he has covered over the course of this episode.
[25:44] – If you’ve already given Alex a review, write down your biggest takeaway from this episode on an index card. If you haven’t, though, please use that takeaway as your review for the show at this link!
[27:36] – In honor of this episode of the podcast, Alex gives listeners free access to his four-part video e-training course, which usually costs $197. Get started at this link!