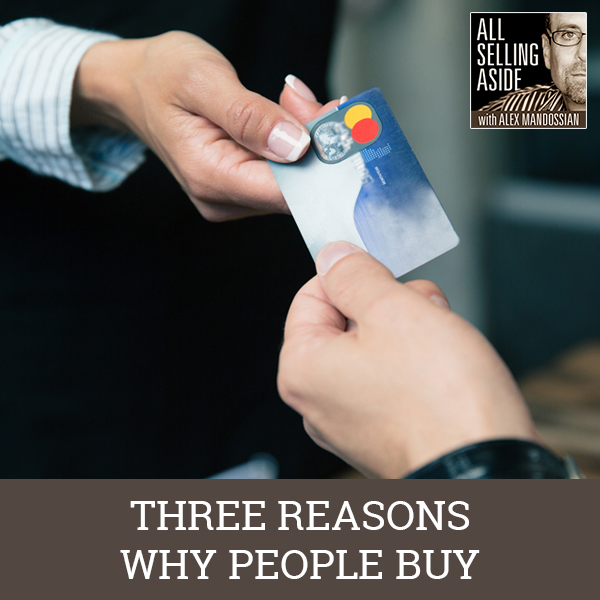 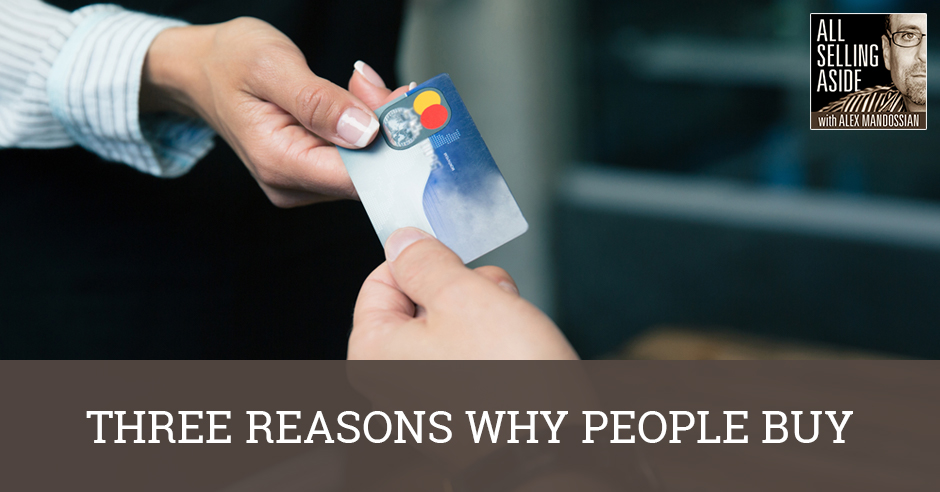 It is important to know the needs and wants of your customer because they support what they help to create. However, in selling, who you are is more important than what you’re selling. How you frame your offer is a keystone to avoid any unmet expectations that people have. Getting people to know, like, and trust you is the key.

In this episode, Alex shares the three main reasons why people buy. Discover what they are so you can stay in this long-term game.

Listen to the podcast here:

Let me tell you the story of David Perdew. Dave is a friend of mine. David runs an organization called NAMS, Novice to Advanced Marketing System. In 2015, David hired me to coach him to do something he hadn’t done before. First, to get pre-registrants for the following year and second, to sell a high-end offer.

David’s a very good marketer. David is a good JV partner and he’s also a gentleman, but he hadn’t ever sold a high-end offer from the NAMS stage, which he had been running for years. He hired me and I coached him while he was onstage.

When it came time to make the offer, people asked, “What is included in the offer, David?” My response was, “What difference does it make what’s in the offer?” A few people laughed and some were shocked. Maybe a few were offended. David was nervous.

What I’m talking about here is relationship capital because who was doing the selling is a lot more critical than what is being sold. If you don’t get this, it’s time for you to get this finally.

It’s all about who versus what versus how versus when versus where, even versus why. Who comes first? If you have enough relationship capital, people will buy on command. They will give you an uncompromised yes.

I have over 80 people in my life, some of them prominent thought leaders. Male and female who will say yes to me without me even making the request.

Harvey Mackay, he’s one of them. I’ll say, “I need you to say yes to a question I’m about to ask you. Let’s just get that out of the way. Do I have a yes?” He’ll say, “Alex, yes.” The reason he says that is because he knows I would never risk our relationship on something where I didn’t feel he had the better end of the deal.

If you don’t know these individuals, you can look them up on Google. Imagine having over 80 people. One person not in the list of relationship capital uncompromised yes fodder is my mother, Carol Mandossian, who lives in Pasadena, California.

I don’t know why I don’t have enough relationship capital for her to say yes before I tell her what I want, but she’s my mom. You can’t get it sometimes from the people who you were closest with.

As far as enrolling high-end clients as David who was set to the task at that event, you can if you set the know-like-trust process. It’s a template in direct sales. Others call it the MLM or network marketing.

[bctt tweet=”People support what they help to create.” via=”no”]

One thing we did is we made an offer and the offer was to meet us in a room after this segment in the seminar. We had a full house in the room. David went into the room. He was a little nervous. I can remember it like it was yesterday. I set him up and I said, “I’m putting David on the hook.” His wife was there, so I felt bad but I was ruthlessly compassionate because I was doing it for him. I knew that he deserved to have a high-end offer.

You are no different. You can create someone to know you, like you and trust you if you have the patience of the pigeon lady you heard about before. If you’re like the young boy who threw the birdseed at the pigeons because he didn’t have ten minutes of patience, 600 seconds to get pigeons feeding on their hands, that the second, third, fourth, fifth sale is fast, then it’s not going to work for you.

It’s not a fling you’re looking for. It’s a lifetime love affair you’re looking for. Getting someone to know, like and trust you are the key. How you frame your offer is a keystone to avoid any unmet expectations that people have. Who you are is more important than what you’re selling.

Understand that pre-qualification, framing and the who, that means you, is everything that leads to the three reasons why people buy. People buy because they know, like and trust you. Trust is the lubricant of a sale.

You Are The Message 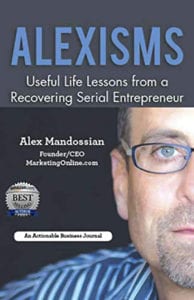 The way that that is relevant to our topic is it is a long-term game of getting someone to know you, like you and trust you. If they know you, they’re a suspect. If they like you, they’re a prospect. You can now communicate with them because they gave you permission.

Those are spokes that connect you, the hub, to the wheel. We’re talking about a bicycle wheel and the wheel itself is the market. The wheel is the market, the spokes are the media. Media is plural for medium and you are the hub. The hub is the message. Can you see that?

The reason I say that is people confuses themselves with the message. If you wrote a book and you spent two years trying to write a book, that book is not the message. You are the message. You want to sell yourself before you sell anything else. People will only buy from you, not because of what you have to sell. They will buy from you because who they believe you are. They know you. They like you. They trust you.

Let me be clear. There’s an ancient Chinese proverb that says, “When the true leader’s job is done, all the people say, ‘We did it ourselves.’” Going back to David, what he did is he allowed his students, many of whom were colleagues, to create the offer. Imagine, this is perfectly natural. Others will read and would be thinking, “How could you offer something you didn’t have?”

I’ve talked about Socrates and the Socratic method. Ask first. I talked about being in the QVC green room and watching the results of sales from the stage, and then changing the TV commercial as a result of those Home Shopping Network sales.

My client at the time, his name is Ray Stevens, said it about his comedy video classics back in 1993. We changed the TV commercials so that it would sell in other cities. It was only selling in the Bible Belt and parts of the South. It’s the area where they’re most familiar with Ray Stevens. He has a 3,000-seat theater in Branson, Missouri, which is the Nashville of the Midwest.

“Wood is the commitment. Fire is passion.” It’s uttered by another mentor of mine, T. Harv Eker. He doesn’t have a home base. He has one in San Diego, Hawaii and other parts of the world. What’s important is people put so much emphasis on passionately selling their offer, but passion isn’t the thing.

Commitment produces passion. Remember that as you learned previously with Nasreddin Hodja in the thirteenth century about smuggling donkeys. Transparency is the ultimate trust lubricant. When you’re authentic to your audience, to your candidate, people will get to know, like and trust you faster. It’s the key.

I’d love to give you some whizzbang technique of how to influence and persuade. I’d love to show you how to get compliance from others. The fastest, easiest and most reliable way to get people to say yes to you is to get them first to know you, then to like you and to trust you.

If there’s a formula, be vulnerable first. Go first. Even if it hits you on the forehead like a shovel, it’s a lot better than skydiving without a parachute. You always have another option and another candidate to talk to you.

Here’s our quick review about the specific insights you and I rediscovered in this show. First of all, ethical influence is about inspiring others. It’s not about selling your offer or product as much as it is getting them to know you, to like you and trust you. Those are the three reasons why people buy.

Secondly, framing your offer is more important than all of your features and benefits in the offer. If people come into a room pre-qualified, you framed it. If you’re selling hamburgers to vegetarians, you’ve got a problem. You can be the greatest salesperson on earth, you’re not going to make that sale because you haven’t framed it properly.

Pre-qualification is 80% of the process of a sale and promotion is about 20%. Spend 80% of the time pre-qualifying, Socratically asking questions, and 20% of the time promoting and you will minimize, even eliminate personal rejection. These principles can only work for you if you work them. 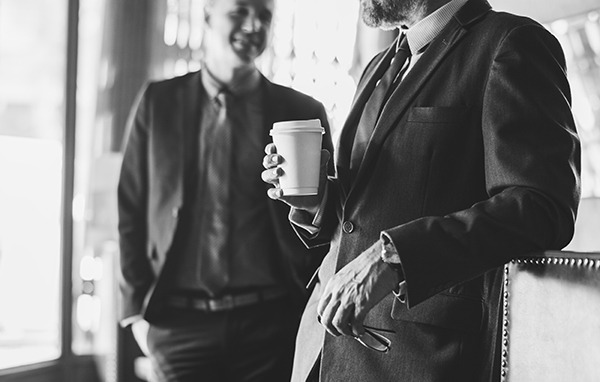 Speaking of reviews, I want you to go to AllSellingAside.com/iTunes. I want you to type in your biggest takeaway or a-ha moment you experienced. The URL will forward to my iTunes channel. If you’ve already given me a review, then you’re done. If you haven’t, you can do this now in the review section. When you do it, iTunes will ask you to rate this. I do hope I’ve earned five stars from you. Go ahead, declare your one big takeaway. If you haven’t done it, do that in the iTunes review section. It takes three minutes out of your day, but what you declare publicly could provide you a lifetime of learning.

I have one final gift to give you the honor of All Selling Aside, and that’s a complimentary copy of my book. It’s an eBook in the version that I want to give you, which is free. It’s available on Amazon, but why pay for something when you can get something for free? It’s called Alexisms: Useful Life Lessons from a Recovering Serial Entrepreneur. It’s me. You can download it at AlexismsBook.com.

I do hope our paths cross again next time for All Selling Aside, the show dedicated to making ethical influence within your reach so that you can achieve and even exceed your sales potential.

One final shout out to my good friend Michael Lovitch, Cofounder of Baby Bathwater Institute. He is the one at a mastermind in Montreal. I was there with my good friend who invited me, Danny Iny and his wife Bhoomi. During that mastermind, on the final day, Michael Lovitch said, “I think you should call your podcast All Selling Aside.” I said, “Great idea.” I’ve got the URL, it was available.

Here I am with this show. I’m grateful to you for making it this far. My wish for you is that you start enjoying the selling process because sales can be fun if you know how to avoid rejection. By doing what I teach you, not only will you avoid rejection, but you will become wealthy. I wish you good sales and good fortune. Until next time.